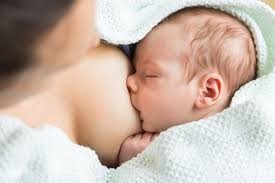 According to Doshier (2015) breastfeeding is beneficial to both mother and infant, yet rates are not as high as the World Health Organisation (WHO: 2014) and American Academy of Paediatrics (AAP: 2012) recommendations.

Infant and young child feeding is critical for child health and survival. A proportion of infants 0–5 months who are fed exclusively with breast milk is a common indicator used for monitoring and evaluating infant and young child feeding in a given country and region. Despite progress made since 1990, a previous review in 2006 of global and regional trends found improvement to be modest. The current study provides an update in global and regional trends in exclusive breastfeeding from 1995 to 2010, taking advantage of the wealth of data from recent household surveys. Russell (2017) in an article: Covering up Breasts While Nursing Isn’t about Shame, it’s About Dignity, said not just justifying her exhibitionist-nursing, but then complaining and practically shaming the stranger who dared look at her—is peak millennial virtue-signaling. (As a colleague said, “For such a feminine moment, it’s incredibly aggressive.”)
In today’s society, people believe they have the right to do pretty much anything in public—but other people don’t have the right to react, unless of course they’re agreeing or applauding. A nursing mother saying that she has the right to bare her breast proudly and without shame in public—but that a stranger doesn’t have the right to stare—is typical of a post-modern, post-truth mindset. Proudly feed your baby, in public even. But be mature enough to realise not everybody wants to see your bare breast while they eat a burrito for lunch. This isn’t shaming; it’s dignified. (Using the restroom is natural too—nobody else wants to see that in public either.) A mature woman knows her breasts are natural and life-sustaining, yet also sexual and pleasurable. She’s able to accept this without self-righteousness, pride, or exhibitionist behavior. She can be proud of her milk-producing breasts without shaming the rest of society.

The fact is that whether the mother is covering her breast during breastfeeding or not, breastfeeding remains the best for babies and do have advantages for the mother too. A new study finds that mothers who feed their babies’ breast milk exclusively, as opposed to formula, are more likely to bond emotionally with their child during the first few months after delivery. The breastfeeding mothers surveyed for the study showed greater responses to their infant’s cry in brain regions related to caregiving behaviour and empathy than mothers who relied upon formula as the baby’s main food source. This is the first paper to examine the underlying neurobiological mechanisms as a function of breastfeeding, and to connect brain activity with maternal behaviours among human mothers (Wiley-Blackwell: 2011) The Functional magnetic resonance imaging or functional MRI (fMRI) measures brain activity by detecting changes associated with blood flow. fMRI-based findings suggest that breastfeeding and factors associated with breastfeeding, such has high levels of hormones (oxytocin, prolactin), stress, and culture may all play an important role for mothers’ brain activity and parenting behaviours during the early postpartum period. The research shows that up to three or four months after delivery, some of the brain regions originally observed at one month postpartum (amygdala, putamen, globus pallidus, and superior frontal gyrus) continued to activate and were correlated with maternal, sensitive behaviour among the same group of mothers.

Most health professionals are familiar with the benefits of breastfeeding. The AAP continues to support the unequivocal evidence that breastfeeding protects against a variety of diseases and conditions in the infant such as:

There are also maternal health benefits to breastfeeding such as:

Breastfeeding is also a great benefit to the environment and society. Breastfeeding families are sick less often and the parents miss less work. It does not require the use of energy for manufacturing or create waste or air pollution. There is no risk of contamination and it is always at the right temperature and ready to feed. 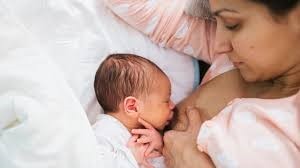 The benefits to the mother of immediate breastfeeding are innumerable, not the least of which after the weariness of labour and birth is the emotional gratification, the feeling of strength, the composure, and the sense of fulfilment that comes with the handling and suckling of the baby.