For more than three decades, the Brain Injury Association of America (BIAA) has proudly led the nation in observing Brain Injury Awareness Month by conducting an engaging public awareness campaign in March of each year. The theme for the 2018 to 2020 campaign is Change Your Mind.

According to the National Institute for Occupational Health (NIOH: 2013) traumatic brain injury (TBI) is defined as a non-degenerative, non-congenital impact on the brain from an external mechanical force causing temporary or permanent neurological dysfunction, which may result in impairment of cognitive, physical and psychosocial functions. TBI severity is estimated on a continuum from mild to moderate to severe. Although there is variation concerning the most appropriate means of defining TBI severity, three measures have regularly been used as “gold standard” indicators of TBI severity. These include: Loss of Consciousness (LOC), Post Traumatic Amnesia (PTA), and the Glasgow Coma Scale (GCS). 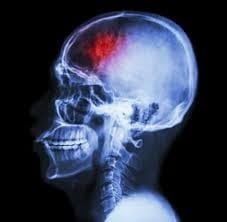 Globally 57 million people worldwide have been hospitalized with one or more TBI, and it is estimated that In the United States alone, an estimated 1.5 to 2 million individuals succumb to a traumatic brain injury annually, with 80 000 suffering from permanent severe neurological disabilities and leading to approximately 52 000 deaths each year due to TBI, furthermore, international research also indicates TBI is a primary cause of death and disability in young. In South Africa (SA), injury-related mortality rates are six times and road traffic injuries double, the global rate (Norman; Matzopoulos; Groenewald, & Bradshaw). The high burden of injuries in South Africa. Bull World Health Organ 2007; 85(9):695-702). [http://dx.doi.org/10.2471/BLT.06.037184;]. Accessed 1 March 2019).

50% of TBI are the result of motor vehicles, bicycle or pedestrian-vehicle accidents, while falls are the second-commonest cause of TBI (20-30%), being more frequent among the elderly and the very young population. Violence-related incidents account for approximately 20% of TBI, almost equally divided into firearm and non-firearm assaults According to Merz; Van Patten, & Lace (2017 Mar 1; 32(2):155-167), misconceptions regarding TBI remain highly prevalent within the general public and may be explained, to some extent, by inefficiencies in current TBI-education practices. Moreover, misconceptions regarding Professional Career Service (PCS) and Chronic Traumatic encephalopathy (CTE) are also prevalent and likely reflect inconsistencies in the scientific literature, coupled with misleading media reports.

All professional health personnel including health care workers need to assist with the process of de-stigmatizing STIs, and also empower those who have survived STIs and their caregivers

Over a 5-year period (2008 – 2012), TBI survivors made up less than 9% of the Western Cape Rehabilitation Centre (WCRC)’s intake (Dr Jenny Hendry, personal communication, 2014). The WCRC is a 240-bed rehabilitation centre and the only dedicated rehabilitation service available to public patients. In addition, a TBI may include an initial period of post-traumatic amnesia and usually involves a slow recovery period, yet candidates for rehabilitation centres are expected to behave appropriately and recover in a 6 -12-week period. This means that few survivors receive the necessary rehabilitation support, and the majority are instead discharged to unprepared families who typically become their main support structure. This ultimately negatively affects caregiver wellness and family resilience.[9,10] Outpatient rehabilitation is also very limited, and most patients receive no more than 30 minutes of physiotherapy or occupational therapy per week at their community healthcare centre (Chesnut; Carney, & Maynard, et al. 1988). [http://www.ncbi.nlm.nih.gov/books/NBK32897/] (Accessed 9 October 2014) Rockville, 1999. [http://www.ncbi.nlm.nih.gov/books/NBK32918/} (Accessed 9 October 2014).