Where did lice come from? Many parents are so incensed that their children have head lice that they ponder this question. It may seem to you that the lice magically appeared on children’s heads. In your frustration, you try to get a grasp of how your child got these creepy bugs and where the heck they come from. There is a short answer and a long answer. The short answer is that your child likely picked up a bug from another child.

The history of head lice discoveries continues with additional nits uncovered on an Egyptian mummy in 3,000 BC. The mummy was dated to 5,000 BC. Interestingly, lice combs were found in the tomb, showing us that while many things have changed, the method of choice for eliminating head lice, combing, remains unchanged. As time continued, lice were discovered in lice combs that were dug up from archaeological sites in Israel and dated from about 1st Century BC to 8th Century AD.

In the first century AD, a comb with a louse attached was excavated from a site in Cumbria, England. Additionally, a nit was discovered on a hair shaft of a female whose body was preserved in the lava of the Mt. Vesuvius volcanic eruption in 79 AD. It is thought that Rome had quite a prevalence of head lice at that time. The fact is that lice have been around a long time and appear to be here to stay. They are very persistent, when threatened, they mutate. Today we see strains of head lice, which are dubbed “super likeful of the resistance they developed to chemical pesticide shampoos”.
(https://www.licedoctors.com.blog/history-of-head-lice-treatment.html).

How do you know whether a person is infested with lice?

No itching….no head lice: right? Sorry, not true. While one of the main telltale symptoms of head lice is itching, in fact, not everyone itches from head lice. People with lice may have several lice and be asymptomatic or may have one louse and itch a lot. Whether you are itchy or not, depends on your sensitivity to the lice bites. This is why head lice removal can be so challenging.

The social stigma associated with head lice infestation must be addressed. Poor hygiene is not a risk factor in acquiring pediculosis capitis, although it is for body lice. All children and adults in the house¬hold should be examined. All infested individuals should be treated. Clothing, bedding, and fomites should be machine-washed. Other items (brushes, combs, pillows, mattresses and toys) can be decontaminated with insecticidal powders. Noncompliance is a common cause of treatment failure in all three types of lice infestations. Therefore, time is well-spent providing patients with detailed instructions regarding the application and timing of medications used in the treatment of lice. Fomites may harbour live lice and therefore should be treated to prevent reinfestation and infestation of other individuals.
After treatment and neutral shampoo, the hair is wet combed with a fine-toothed comb to remove nits. Complete nit removal depends on comb structure, duration/ technique of combing, and thoroughness. Overnight application of petroleum jelly or HairClean 1-2-3 may facilitate removal of nits. 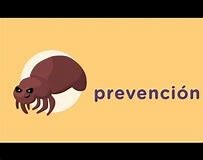