In the book Time Quake the author, Kurt Vonnegut, wrote as a repeated statement in different ways the theme that children don’t ask to be born. The underlying theme: we should not blame people for the circumstances of their birth or parents, and so forth. 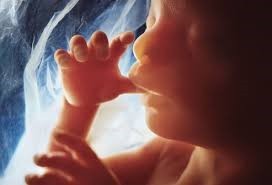 According to the World Health Organization (WHO), worldwide suicide rates have increased in the last 45 years by 60%. Suicide is now among the three leading causes of death among those aged 15 – 44 years old (male and female). Suicide attempts are up to 20 times more frequent than completed suicides. Although suicide rates have traditionally been the highest amongst elderly males, rates among young people have been increasing to such an extent that they are now the group at highest risk in a third of all countries. It is true that suicide results from many complex sociocultural and psychological factors, and is more likely to occur during periods of socioeconomic, family and individual crisis (e.g. loss of a loved one, unemployment, sexual orientation, difficulties with developing one’s identity, disassociation from one’s community or other social/belief groups, dishonor). The WHO estimates that each year approximately one million people die from suicide, which represents a global mortality rate of 16 people per 100,000 or one death every 40 seconds. It is predicted that by 2020 the rate of death will increase to one every 20 seconds. The intention with this blog is to approach suicide from a different perspective: instead of focusing on the traditional causes of suicide (which include drug abuse, feelings of not being accepted by family, friends or society, horrible disappointment, feelings like not having lived up to high expectations, bullying, and a low self-esteem), the focus will be on the children brought up by narcissistic parents.

Bergland; Clay; Carnes; Heller; Johnston, & Staggs, et al. (2017) in The Thought Catalog (http://thoughtcatalog.com/shahid-arabi/2017/11/11-devastating-signs-youve0-been-a…) identified 11 ways of how the abused person could suffer when brought up by narcissistic caregivers. Such a person will experience: Recognition of the potential impact that parental psychiatric disorder can have on several aspects of children’s development has increased, including their physical, cognitive, social, emotional, and behavioural development. Although a number of genetic and environmental mechanisms are important in linking parental psychiatric disorder to children’s difficulties, there is good evidence that quality of parenting and family interaction are key mediating variables (Barnes; Stein In: Gelder; Lopez-Ibor, & Andreasen: 2000). Two recent reports by national bodies in Australia and the United Kingdom have recently provided some important recommendations. Nonetheless, much remains to be done both in policy terms and in the development of evidence-based interventions (Royal College of Psychiatrists. Patients as parents: addressing the needs, including the safety, of children whose parents have mental illness. Council report CR105. London: RCP, 2002).

Given the legacy above that is our inheritance from our narcissistic parents, we should not feel afraid of them. We should feel very, very angry with them. Our blood should boil at the thought of them (Sagacious News: 2016).

Certainly, the most destructive vice that a person can have, more than pride which is supposedly the number one cardinal sin, is self-pity. Self-pity is the worst possible emotion anyone can have – and the most destructive. It is, to slightly paraphrase what Wilde said about hatred (and I think hatred is a subset of self-pity and not the other way around);

“It destroys everything around it, except itself.”